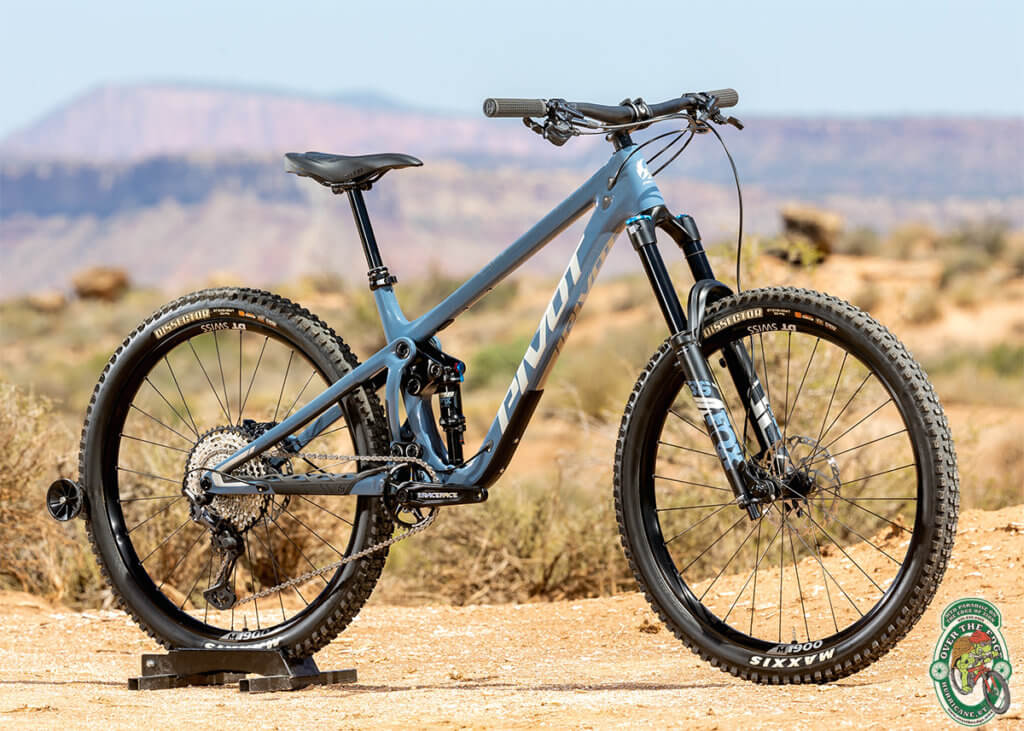 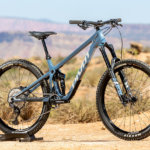 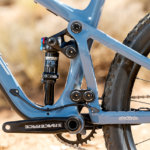 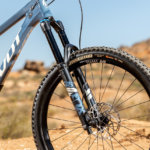 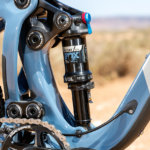 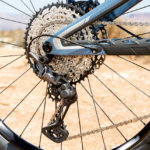 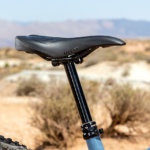 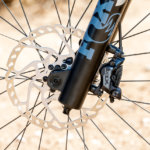 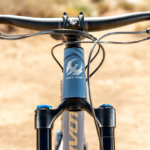 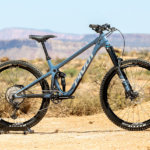 In a world of 29er’s, what’s a small wheel-loving mountain biker to do? Say hello to the Pivot Shadowcat, a 27.5 trail bike with 140mm of DW Link rear-wheel travel, a 160mm Fox 36 fork and a bubbly, playful personality. The Pivot Shadowcat was designed to be a lightweight, all-rounder that’s ready to shred any trail. It replaces the Pivot Mach 5.5 and it’s the 27.5 sibling to Pivot’s super-popular Switchblade 29er, a bike many people think is the ultimate do-everything all-mountain trail bike. The Shadowcat isn’t just a small-wheeled Switchblade, though. It’s very much a unique bike with its own, special characteristics.

Bigger wheels are more stable and make mountain biking smoother and easier so it’s no wonder 29ers are so popular. However, there’s no denying 27.5 wheels give a bike snappier, more playful handling. If spontaneous, poppy agility is your jam, you owe it to yourself to take a closer look at the Pivot Shadowcat.

It’s easy to see the Shadowcat as just a 27.5 version of the Switchblade. But that would be a mistake. Yes, it has a lot of similarities – a vertical-mount trunnion shock on a clean-looking carbon frame, 140mm of great-pedaling DW Link suspension and Pivot’s outstanding attention to detail. The Shadowcat is very much its own animal, though. You can’t tell by looking but the Shadowcat frame is one of the lightest full-suspension carbon frames on the market. It’s lighter than Pivot’s 120mm Trail 429 trail bike frame and lighter than some straight-up XC bike frames. The light weight is great for big days and big climbs; and paired with the 27.5 wheels, it contributes to the Shadowcat’s lively trail handling.

We can’t talk about bike handling without taking a look at geometry. If you’ve been riding a lot of 29ers, your first impression of the Shadowcat might be that it’s a bit short and twitchy. However, compared to the Switchblade, the Shadowcat is slightly slacker (65.8° vs. 66° for the Switchblade in the slack position) with 13mm more wheelbase (medium) and 5mm more reach. That geometry, paired with 27.5 wheels, makes the bike very quick and agile without sacrificing stability. For such a quick-handling bike, it feels amazingly solid and confident on fast descents. That’s a great combination for the rocky, technical riding we have on the Southern Utah mesas. It’s also nice if you ride a lot of tight, twisty singletrack. The Shadowcat fears no switchback!

One of the main things Pivot owners love about their bikes is the way they pedal. Pivot uses the proven DW Link suspension system because it pedals well and delivers a smooth, controlled ride. Pivot bikes have a firm, efficient feel when you’re pedaling for that coveted “pedals like a hardtail” experience. The DW suspension, quick-accelerating 27.5 wheels and XC-weight carbon frame make the Shadowcat an outstanding climber. That’s especially true on technical climbs where the bike’s light weight and agility really shine.

You might expect the Shadowcat’s firm suspension to be harsh on descents. That’s not the case, though. The magic of the DW Link is it provides extremely efficient, supported pedaling; but when it’s time to point it down and rip, the system opens up for a plush, smooth ride. The Shadowcat loves to go downhill fast. It’s also notable for its poppy playfulness. If you like to get a little air, the Shadowcat is happy to oblige, offering plenty of boost for trailside hits and extra send on dirt jumps.

The Pivot Shadowcat’s playful versatility really surprised us. There really isn’t anything else quite like it in our lineup. If you’re a diehard 27.5 rider, you’re looking to upgrade from a 26-inch bike or you’re getting bored with 29ers, the Pivot Shadowcat may be the bike for you. It’s a great choice for nearly any Hurricane/Zion-area trail aside from Flying Monkey. It will happily shred the mesas all day then show you a good time at a sunset dirt jump session. It’s even happy to line up for the occasional XC race – there’s almost nothing the Shadowcat can’t do. As always, though – don’t take our word for it. Come rent a Pivot Shadowcat and decide for yourself.

The specs below are for our standard Pivot Shadowcat SLX/XT-build rental bikes. If you’d like a different spec, just let us know. We love building custom bikes!

The prices and specs below are for Pivot’s standard Shadowcat build kits. If you want something other than what you see here, let us know. We’ll build you a custom Pivot Shadowcat with almost any components you want. Give us a call and let’s talk about building your dream bike: (435) 635-5455