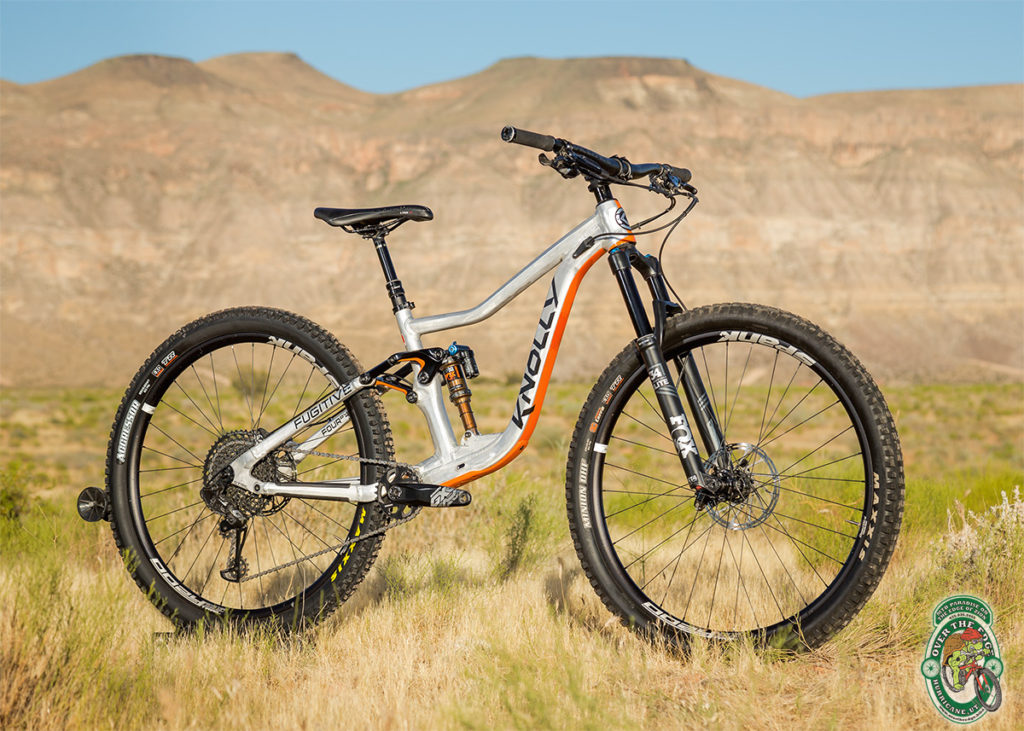 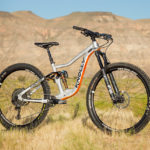 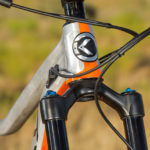 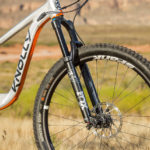 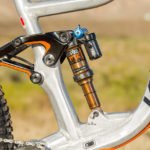 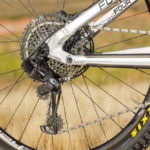 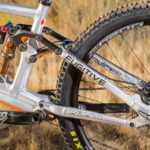 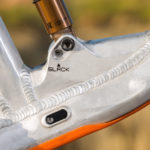 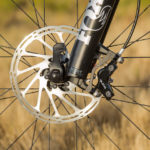 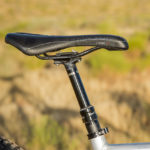 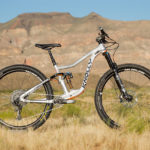 The guys at Knolly are perfectionists. They always take their time and their first 29er, the Knolly Fugitive, was worth the wait. A 29er trail bike with Knolly’s patented, one-of-a-kind FOURby4 suspension? Count us in!

Solid, supple and confident – nothing else feels like a Knolly. Designed and built to dominate the steep, technical terrain of Vancouver, Whistler and Squamish, British Columbia, Knolly bikes are tough, versatile and, most of all, incredibly capable. Combining 29-inch wheels with the FOURby4 linkage gives the Knolly Fugitive a smooth, plush ride, like no other. Aggressive, all-mountain geometry gives you the confidence to let go of the brakes and send it. It’s a lively, fun bike that pedals really but is most in its element on rough downhill terrain. Sounds like a great bike for Hurricane mesa trails, doesn’t it?

One of the main goals for Knolly’s first 29er was versatility. The Knolly Fugitive 29er is available in two travel configurations, both of which have two geometry options. We have both versions of the Knolly Fugitive 29er for rent and for sale. The standard, shorter travel version has 120mm in the rear with a 130mm or 140mm fork. The long-travel Knolly Fugitive LT 29er has 135mm in the back and a 150mm or 160mm fork. Depending on your style of riding and/or terrain, you can run the Fugitive slack and low or choose a higher bb and steeper head angle. The slack and low setting on the 120mm Fugitive gets you a 65.75° head angle and 12.8-inch bb – that’s pretty aggressive (and fun) for a 120mm-travel bike. If you’re more of an XC rider or want more clearance, the steeper setting gets you a 66.5° head angle with a 13.2-inch bottom bracket. The Fugitive LT is half a degree slacker. With a 150mm fork it has a 65.25° head angle and a 12.95-inch bb height. Put a 160mm fork on it and you’re getting into serious enduro or even DH territory.

One of the hallmarks of Knolly’s bike design is their attention to detail. And there are so many thoughtful touches on the Fugitive. There’s a Di2 battery compartment stashed under the integrated frame protector and if you’re an old-school XC rider, you can even mount a front derailleur. The Knolly cable management system is one of the best in business. It’s super customizable and the doors make it easy to access and run all kinds of cables. You can also run pretty much any kind of chain guide and the rear linkage has plenty of clearance for 2.6 rubber. They didn’t cut any corners on the rear linkage, either. All the pivots have custom titanium hardware and the main pivots are super smooth and stiff thanks to dual row angular contact bearings.

These days, everyone wants a carbon bike. So why would Knolly make an aluminum 29er? The main reason is durability. Constructed of 6066 aluminum alloy, the Fugitive frame is far more rugged and durable than the 6061 aluminum most bike frames are made of. And it’s definitely tougher than carbon. There’s no need to worry about babyheads smacking the downtube or a crash in the rocks – the Fugitive frame can take it. Not convinced? Knolly backs all of their bikes with a Lifetime Warranty and a great crash replacement program.

The Fugitive’s aluminum frame is stiff, too. The carefully-shaped, hydroformed tubing, short chain stays and 157 “Superboost Plus” rear spacing make the Knolly Fugitive just as stiff as a carbon frame. Corner as hard as you want and send it through that boulder field, the Knolly Fugitive 29er will go wherever you point it. And as far as sex appeal goes – have you looked at the photos of the raw aluminum Fugitive? It’s gorgeous!

If you haven’t ridden a Knolly before, you’ll be amazed at how plush and controlled they are. They feel like a lot more bike than they actually are and the Fugitive is no exception. The standard 120mm Fugitive soaks up the chunk more like a 130mm bike and the 135mm Fugitive LT feels more like a 150mm bike – at least on the descents. When you’re pedaling, Knolly’s unique FOURby4 suspension keeps the rear tire glued to the ground and moving you forward on any trail and any surface. Steppy and rooty? No problem if you’ve got the legs. Off-camber dust-on-crust? Just sit and spin and you’re good. The Fugitive scrambles up rocky trails like a cat on a carpet wall and smooths out rocky descents like a downhill bike. Learn more about the Knolly suspension on their FOURby4 suspension page.

Knolly tweaked the FOURby4 linkage a bit for the Fugitive. A smidge less anti-squat means you put a little more power to the ground when you’re pedaling. Combine that improved pedal efficiency with 29-inch wheels and Knolly’s unparalleled traction and you’ve got what is arguably the best technical climber available. If you like going up the gnar as much as smashing it on the descents, the Knolly Fugitive is the bike for you.

We have the 120mm Knolly Fugitive 29er and the 135mm Knolly Fugitive LT 29er available for rent and for sale. Our standard Knolly Fugitive rental build has a SRAM Eagle GX 1×12 drivetrain, SRAM disc brakes and Fox suspension. Scroll down for specs and geometry. Since there are two versions of the bike, there are separate specs and geometry tables for each bike. All of our rental bikes are for sale, with prices adjusted based on the number of days they’ve been used. We’ll also happily sell you a new bike. You can order a standard Knolly-spec Fugitive or we can build you a totally custom bike where you specify each component. We love building custom bikes. Check out this beautiful custom Knolly Fugitive LT we built for our shop tech, Justin.

The specs below are for our standard Knolly Fugitive 29er rental bikes. If you’d like to buy a new bike, we can build it out with almost any components you want. Dream big!

The prices and specs below are for standard kits offered by Knolly. If you want something else, feel free to mix and match as you please. We can build a custom Knolly Fugitive 29er for you with almost any component spec you want. We love building custom bikes! If you have any questions or want to talk about ordering and building your very own Knolly Fugitive 29er mountain bike, give us a call: (435) 635-5455